There are no recent bookmarks. 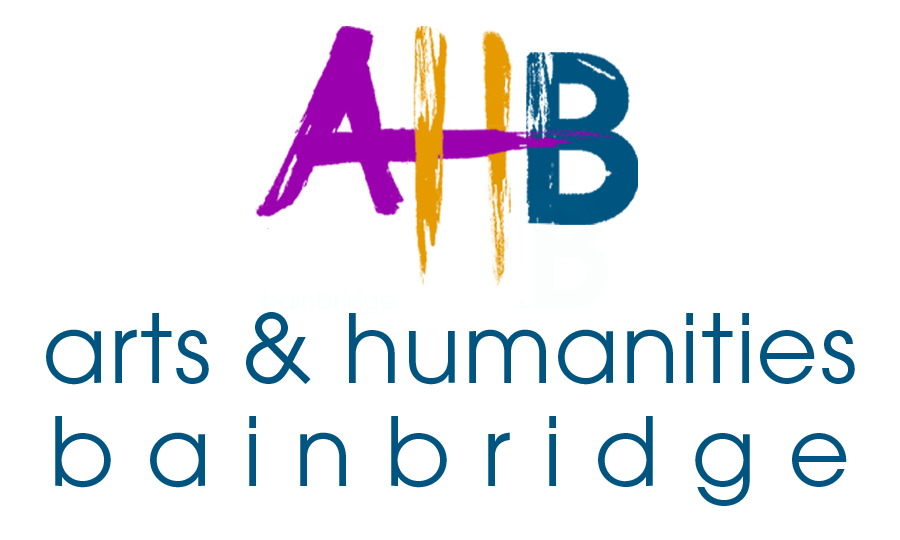 Meet the people responsible for connecting you to the abundance of creativity in our community.

Linda is a retired Child Psychiatrist. She remains active in her field through her work on the Psychological First Aid team of Bainbridge Prepares and volunteering time to other mental health professionals and organizations.  She serves on the board of the Global Fund for Mental Health.  Linda lived and worked in Asia for over 20 years.   During that time she worked in the pharmaceutical industry as a Medical Director and Director of Medical Affairs for Merck, Sharpe and Dohme in Hong Kong and Japan, and was clinical director of a non-profit mental health organization in Japan. She joined the AHB Board of Directors in 2017.

Born in Alsace, France, Jean-Claude immigrated to the United States in 1990. A physician and scientist, he led a life-long career in medical research, holding academic appointments at the Faculty of Medicine in Strasbourg, France, the Weizmann Institute in Israel and the University of California, San Diego. In 2007, Jean-Claude left the field of medical research to pursue a career as an artist, selling his photography and mixed media work all across the USA at art festivals and art galleries, as well as in his own gallery in Poulsbo. He remains active in this field, showing his work in art festivals in the Pacific Northwest.

Mike is a retired business executive and has served on the AHB board since 2005, as treasurer and past president.  Mike was Director of Product Supply for Proctor & Gamble for Asia and North America. He is a member of Bainbridge Island Rotary serving as the Grants Committee Chair for 8 years, the City of Bainbridge Island Planning Commission, the Alumni Schools Committee- Princeton University, and the Bainbridge Schools Foundation Board of Directors.

Lorna was born in Seattle and from a very early age, her architect father and her would visit open houses and building sites. He taught her how to critique quality construction and gave her a sense of design and function. In 2000, she took a bike ride with her husband and son to the “wilds” of Bainbridge Island from Seattle (Bainbridge Island was a place they had always passed through on their way to the Olympic Peninsula). They rode to Faye Bainbridge Park, camped and explored Winslow the next day. They put their Seattle Magnolia Tudor on the market soon after and moved into a little waterfront cottage on Fletcher Bay where they have lived ever since. Lorna became well connected in the community; starting with the BI school district (both as a PTO board member and a Paraeducator), Hyla Middle School (as a parent volunteer), Helpline House/Interfaith Council Super Suppers (organizer/chef), and has served on the board of our local Jewish synagogue, Congregation Kol Shalom (URJ Reform).  Lorna is a broker with Windermere Real Estate.

Mike spent ten years in the Air Force as a pilot and staff officer at the Pentagon. He then flew for Pan Am until they went bankrupt causing him to pivot into the software industry. Mike held product engineering and executive jobs at Oracle and Ericsson and was CEO of multiple high tech startups in Silicon Valley.  He most recently finished a “give back” assignment with the Department of Defense helping them infuse the latest Artificial Intelligence technology into multiple critical DOD applications. Mike works with Alchemist Accelerator as a mentor and advisor to multiple young entrepreneurs. He holds a B. S. in Aerospace Engineering from VA Tech, an M. S. in Systems Management from USC, and graduated from Stanford Business School’s Executive Course.

Sara helps set and manage long-term operational strategies for the portfolio companies. She is co-founder and CEO of Level 4 Yoga and is now overseeing the successful sale and transition of Level 4 to CorePower Yoga. Her focus on marketing, strategy, and analytics is a driving force behind the creation and success of these companies. Sara spent more than a decade with Amazon, where she managed the product development, product management, marketing, and customer service of some of the company’s leading products and services.

Linda is a veteran journalist who works as a freelancer since moving to Bainbridge in 2017. She taught journalism at Georgetown University, served as the DC editor for Glamour magazine, and earlier worked in the Time Inc. bureau for People. Linda is past president of the Journalism and Women Symposium and serves on the advisory council of Running Start, a DC-based nonprofit that motivates and trains young women to run for office.  She joined the AHB board of directors in 2018 and has been instrumental in the editorial work for Currents Online.

Stephanie, a native of Seattle, attended Indiana University for opera performance and Cincinnati Conservatory for musical theater.  She performed in the German production of Miss Saigon, the Disney World Premier of The Hunchback of Notre Dame and the King and I at the Palladium Theater in London’s West End. These solo endeavors launched her career and with her original music, versatile sound and fusion of opera, pop and theatrical music created a new genre and style that has brought her global recognition including  a solo concert at Carnegie Hall in NYC.  Stephanie joined the AHB Board of Directors in 2019.

Ginny Kaul has spent her life focusing on the arts, and her career as Performing Arts Director for middle school students has fed this passion, allowing her to expand the arts into the world around her. She received training in classical music, studying voice, theory, French horn, and composition at American River College, Cal State, and Peace Music Conservatory. She has been the featured soloist in several performances in California, and has sung with a symphony orchestra and 100 voice choir. She has composed choral music,written musical theater productions, taught public speaking, lyrics, and song writing, and choreograph dances in many genres.

Rayne Lacko believes music, language, and art connect us. She explores those themes in her novels, Radio Head and A Song For The Road, and the guided journal Dream Up Now: The Teen Journal for Creative Self-Discovery, online courses, speaking engagements, and in service to performing arts organizations. Serving youths through older adults, Rayne is an author, and an advocate for the arts as a form of social and emotional well-being. Through her work, she inspires people to use creativity to stimulate positive change in their lives and communities. She now resides on a lush, forested island in the Pacific Northwest, where she served as president on the board of trustees at a performing arts organization. Rayne facilitates arts-based, social-emotional workshops featuring the Dream Up Now journal, a library youth writing workshop, and an annual filled-to-capacity writing camp. She created the course, “Six Easy Steps to Leading Transformational Workshops Teens Want to Attend,” and established “Teen Creatives Live,” a twice-annual spoken word event for teens.

Rayne Lacko’s debut novel released in February 2016 under the pen name Rebecca Laclair. It was selected as a gift for the 2016 Emmy Award nominees and both the 2017 Grammy and Oscar Award nominees. She’s helped writers and teens cultivate creativity in Writers Digest, School Library Journal, DIYMFA.com, ParentMap, and GERM.