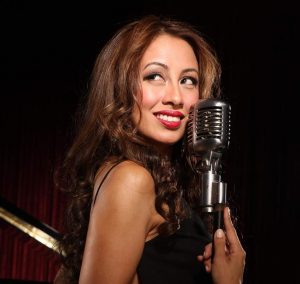 Stephanie Reese is an international singer, actress and philanthropist who has done sold-out solo performances at New York’s Carnegie Hall, and performed concerts with Patti Labelle and Natalie Cole.

With roots in Seattle, and from a diverse ethnic background, she is gifted with a vocal versatility that is demonstrated in her musical repertoire, the theatrical roles she has played, and the tremendous range of her voice.

Her solo career has taken her around the world performing roles such as “Kim” in the German production of Miss Saigon, “Esmeralda” in the Disney World Premier of the Hunchback of Notre Dame and “Princess Tuptim” in the King and I at the Palladium Theater in London’s West End, “Princess Kogajin” in a new musical Marco Polo (the Untold Love Story) at the Shaw Theatre in London and at La Viegtiem Theater in Paris.